You are here:
Recepten 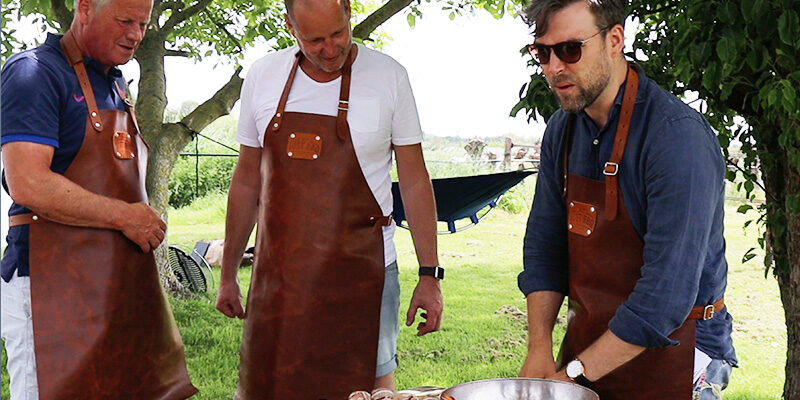 We had to wait a while but it is finally here the European Football Championship 2020. With 55 participating countries in the preliminaries, up to 24 in the final tournament played in 12 European countries. From Amsterdam to Russia and from Budapest to London. As a football fan, you have plenty to watch and enjoy these weeks. And then you need finger food. And quick-ready-tasty-easy bbq recipes that are smoking during all competitions. Little to worry about but incredibly tasty and ideal to share with your fellow viewers. BBQ finger food snacks that you can easily prepare on the barbecue.

For those unfamiliar with the term, moink balls are seasoned meatballs wrapped in bacon with a layer of barbecue sauce over it. The term MOINK comes from Moo, for beef mince, and oink for pork bacon. These balls are indirectly cooked and smoked, which ensures a wonderfully tender ball with a delicious smoky taste.

To lick your fingers, literally. So watch out, because these balls will fly out of the goal!

Hasselback is a term you may know from one of our previous recipes. It’s basically a cooking trick that you use to make indentations in something. It is mainly used with potatoes, but it is also excellent for chicken fillets. We fill this chicken breast with delicious colored bell pepper and onion, with grated cheese over it, which will melt wonderfully.

If there’s one barbecue snack we couldn’t skip, it’s spare ribs. For those who don’t like to chew, no problem. These ribs are so tender that the meat is easy to remove and chewing is not necessary, although that is still possible for the enthusiast. This recipe takes the longest because spare ribs have to be on the barbecue for at least 3 hours. But you can certainly make them before the upcoming match, and enjoy them with the kick-off.

Which recipe for BBQ finger food snacks do you think is the best to make this EC? Let us know via Instagram or Facebook!

The full range of rubs and herbs can be found HERE >

Picanha with chimichurri rub, green asparagus, and Hasselback potatoes
22 May 2021

Mediterranean spiced rack of lamb
5 May 2021

Want to find out where to buy our products in a store near you?

Find your store
Go to Top